Posted on May 31, 2021 by Lambert Madson & Associates
Read full post 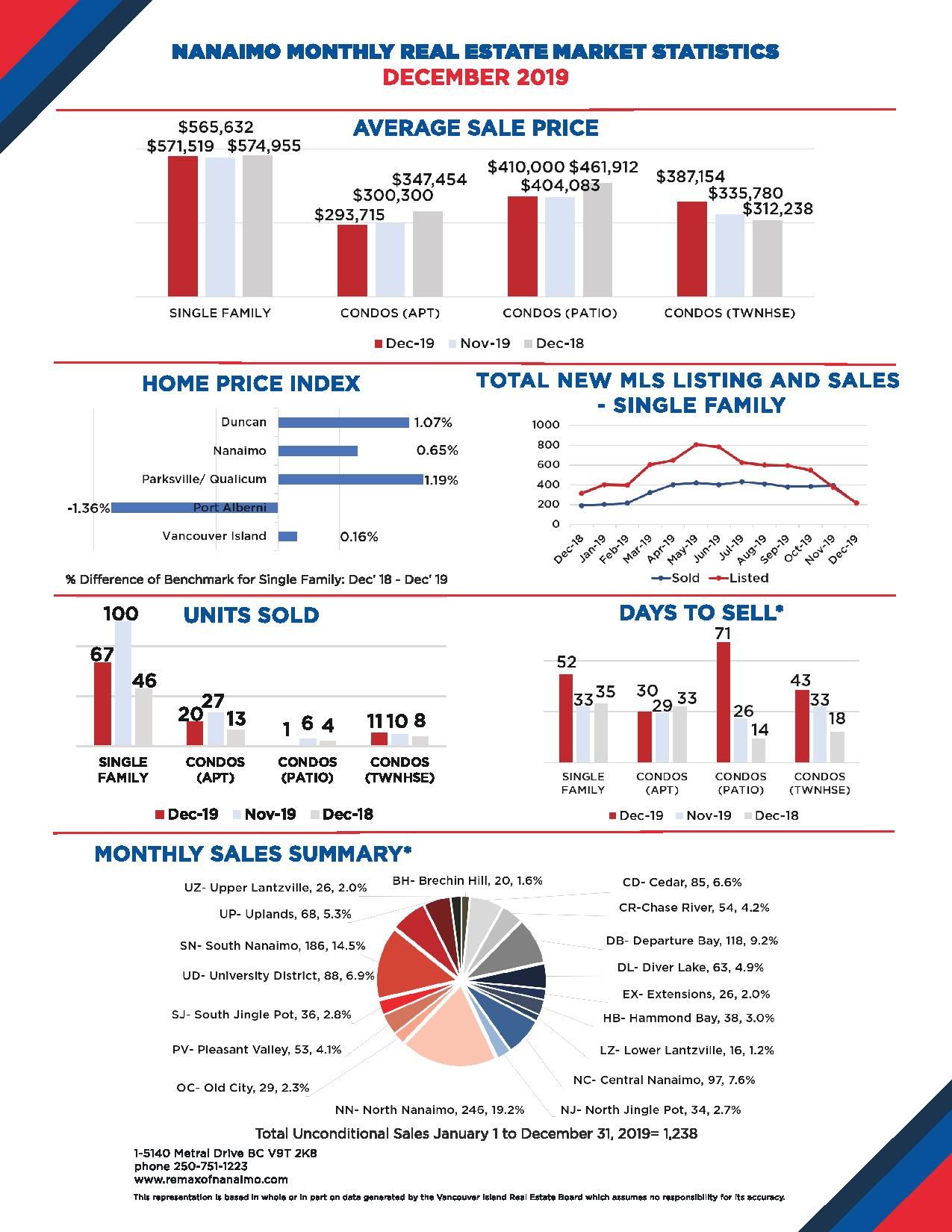 December offered and strong finish to the year in regards to sales.  The days to sell a home is slightly longer than December 2018.  Sale prices are fairly consistent.  There is some fluctuation in the different types of condo prices, but with December typically having a lower number of sales than other months, numbers can fluctuate.  We will have to wait and see What January has to offer, the blast of snow and winter may some impact on January sales.  The good news is there are lots of new listings and sales being reported each day.  I am feeling optimistic about 2020, I think we should be on track for another solid year!  I believe that the central Island remains a great place to invest in real estate and the value for money is second to none.  Stay tuned for Next Months numbers.

Stay safe on the winter roads! 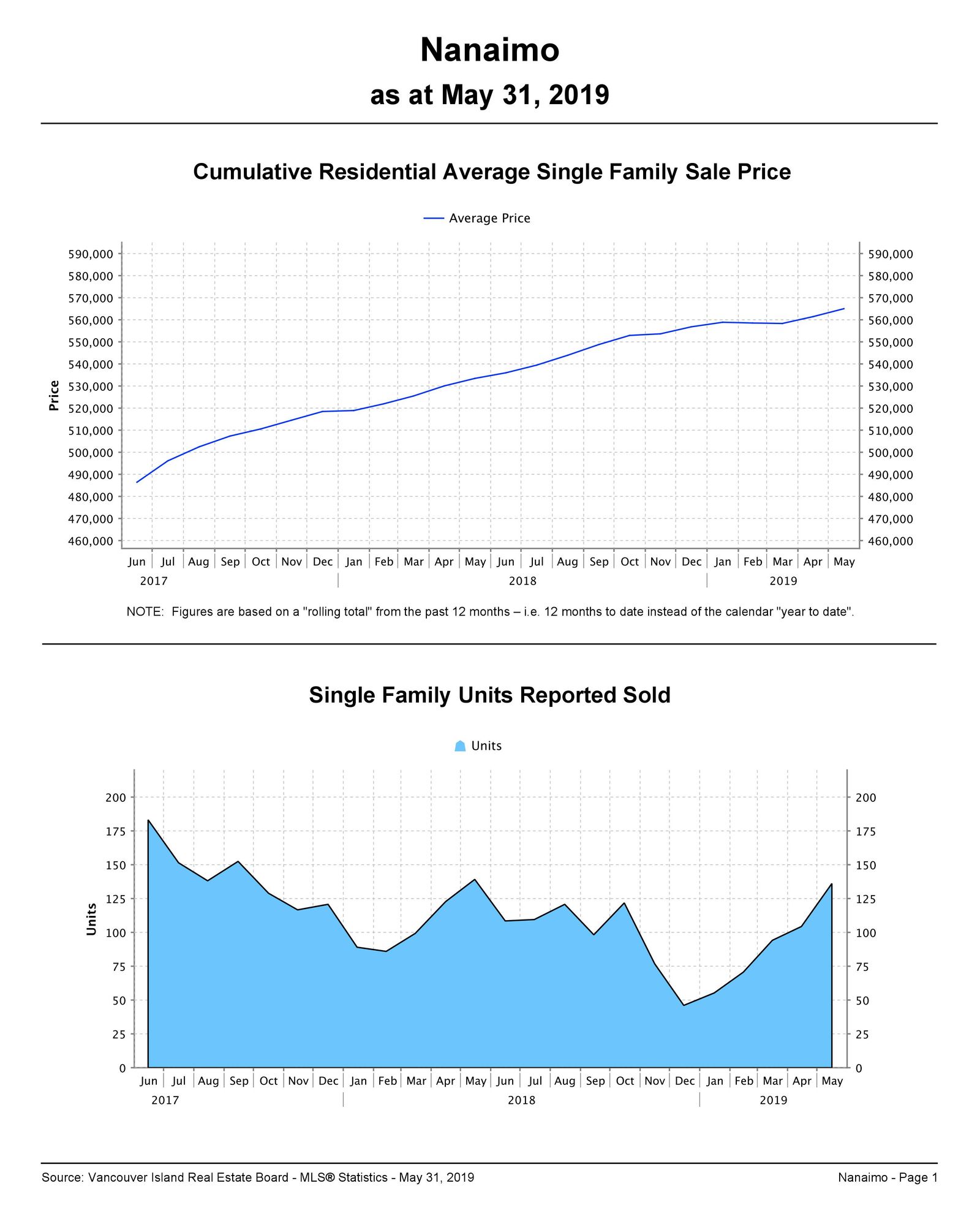 Tips to get your home ready for summer.

Posted on May 30, 2019 by Lambert Madson & Associates
This great information is provided by our friends at House Masters Home inspections.
Read full post

Another great reason to use Re/max when selling your home! 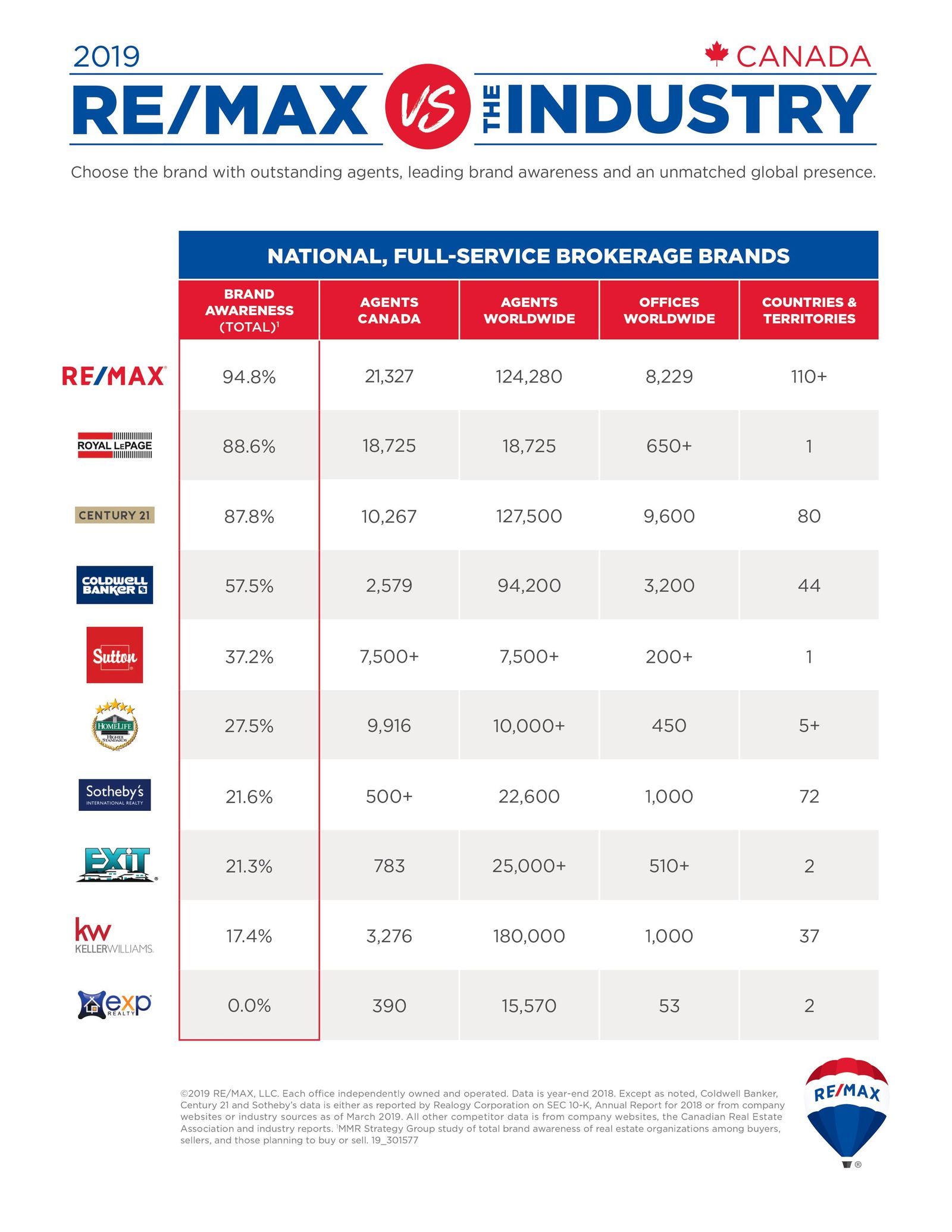 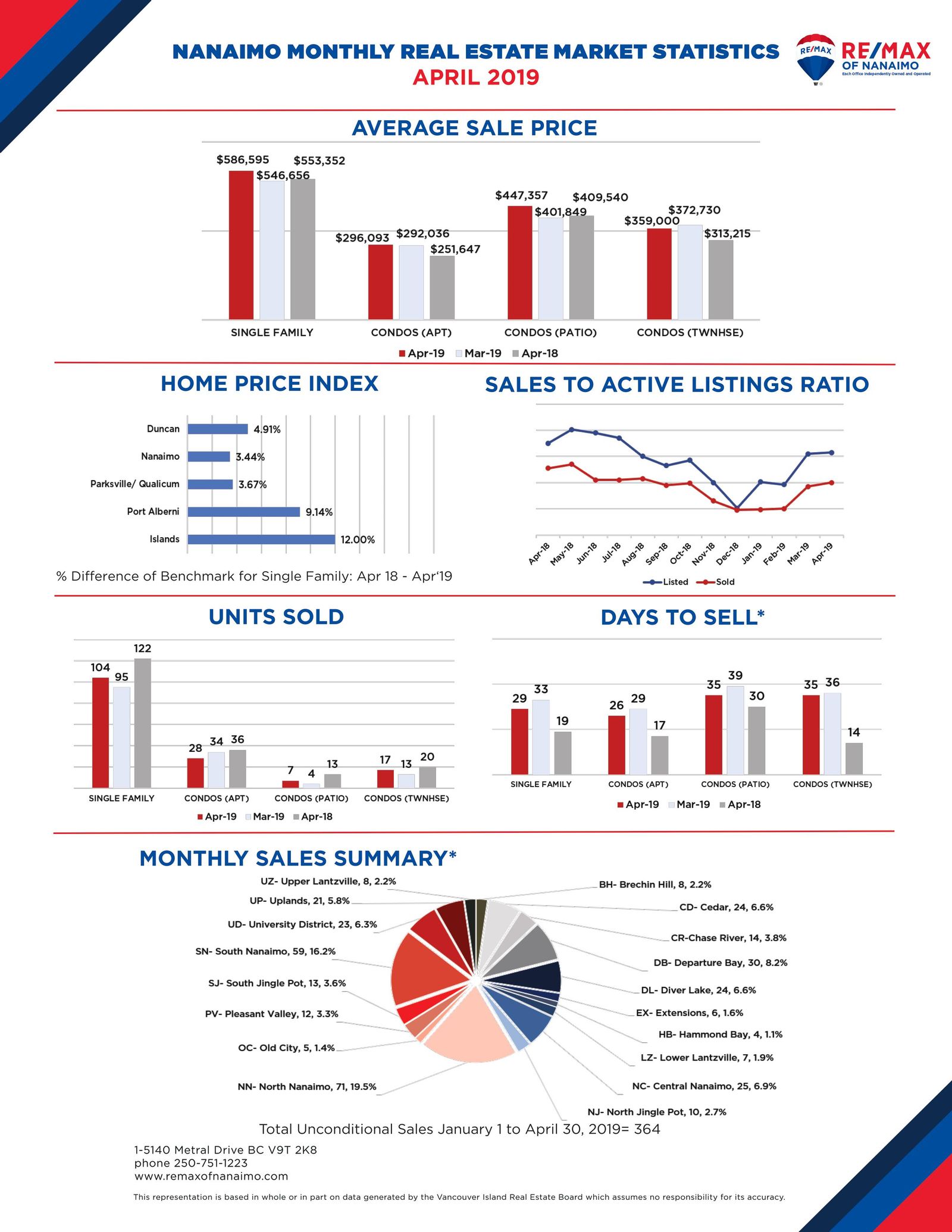 Posted on May 6, 2019 by Lambert Madson & Associates
Read full post 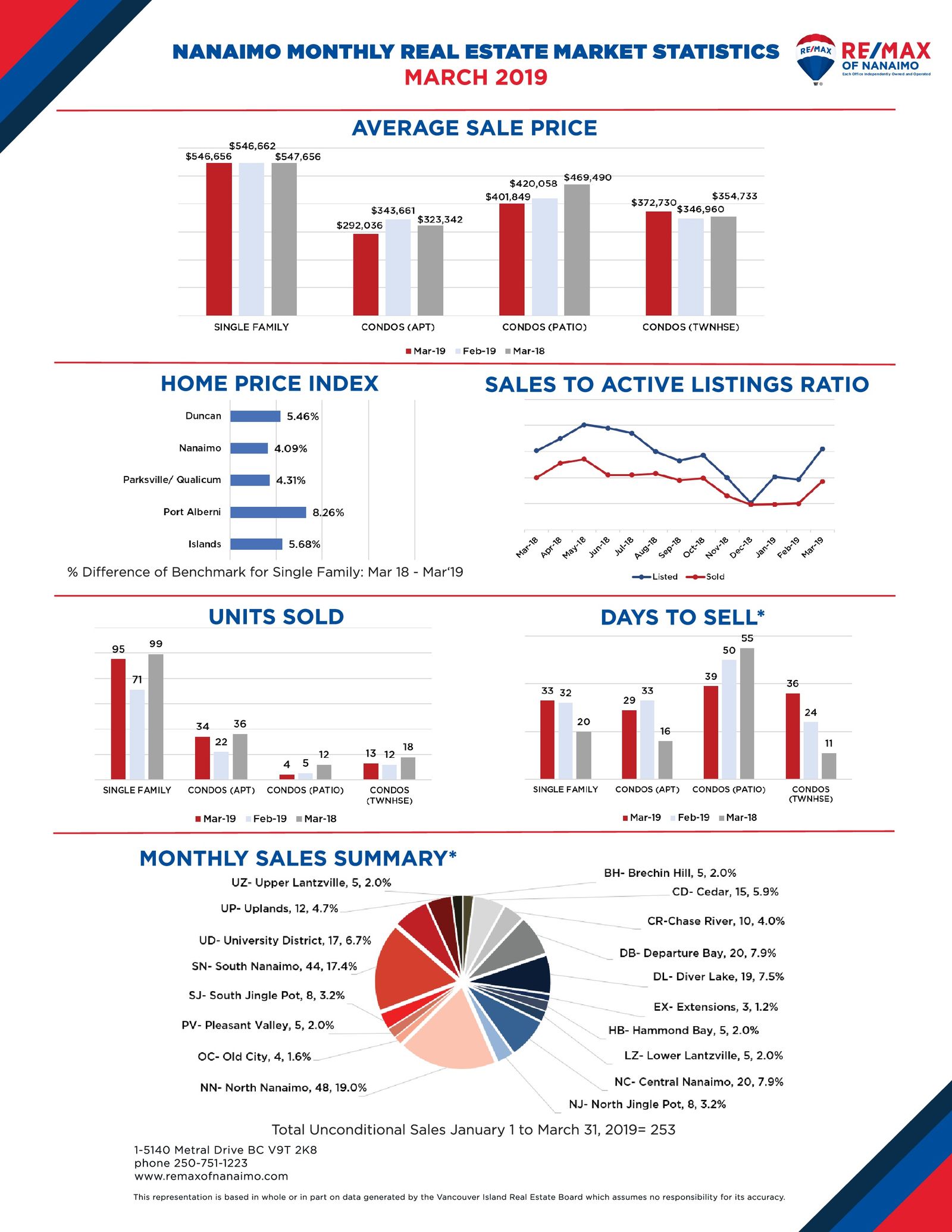 This is a great snap shot of the average sale price, how many days to sell and how many homes sold in the month of March.
Read full post

10 Great tips to prepare your home for sale

With the increasing inventory of homes on the market today, homebuyers can afford to be choosy. Buyers are looking for the best, so a home for sale can easily slip through the cracks if it's not in pristine condition. Use these 10 tips to whip your home into shape and wow potential buyers.

Improve your landscaping. Curb appeal is crucial to a good first impression, so make sure your home's lawn is immaculate. Mow the lawn, prune the bushes, weed the garden and plant flowers.

Clean the outside. A sloppy exterior will make buyers think you've slacked off on interior maintenance as well. Be sure to clean the gutters and pressure wash your home's siding.

Make repairs. In a buyer's market, you want your home to be in the best condition possible. Take care of major defects like broken windows or a leaky roof that could discourage buyers.

Buy a new welcome mat. Let buyers know they're invited into your home.

Remove clutter and depersonalize. Buyers want to envision their belongings in your home. Clean up by renting a storage unit for knickknacks, photos, extra furniture and other personal items.

Organize closets and drawers. Messy closets give the appearance that your home doesn't have enough storage space.

Make every surface shine. From ceiling fans to floors and everything in between, clean your home until it sparkles.

Take color down a notch. You might like your lime-green bedroom, but it may sour buyers. Paint your walls a neutral color that will appeal to a wide range of buyers.

Eliminate bad odors. Hide the litter box and spray air neutralizer throughout your home. When showing the home, fill it with inviting smells by putting out fresh flowers and baking a batch of cookies.

How is the Market?

How is the Market?  That is the one questions we get asked the most as Realtors.  The answer for Nanaimo is Hot, steady and slower than last year.  Let me explain.

Single family homes in sub $550,000 price range are selling quickly for asking price, over asking price or slightly under asking price.  It is a great time to be selling a home in this price point.  If the home is sale ready, there will be a line up of people wanting to see the home and usually an accepted offer in the first week.  Last Saturday while showing homes in this price point, off the eight we manged to see 3 had offers coming in before we finished our tour.  This segment of the market is defiantly  hot!

Single family homes and homes with suites in the $550-800,000 range are steady.  A well kept well priced home will sell in this price point.  The action is not as brisk and it will likely take a little longer to sell that the less expensive homes on average, but these homes are still selling.  Homes in this segment are generally selling with in 2% of the list price.  We are seeing a little bit of movement on price here.

Luxury homes and homes priced north of $800,000 are selling a lot slower than in the last couple of years.  The current market supply is approximately a year.  If you are selling in this segment, don't count on a quick sale.  Price is and sale ready condition is very important.  There is lots of competition for these buyers, so the better the home shows and the sharper the price the better the odds of selling in a timely manor.

Condo's, Town homes and Patio homes are also steady.  The inventory is turning over quickly and we are seeing new development, so this market is fairly balanced.

It is a great time buy or to sell in Nanaimo.  We are seeing a decent amount of homes coming to market and nice well priced homes are selling quickly!

For more information please reach out to the Lambert-Madson team, we are always happy to answer questions and offer advice.

The deadline is almost here to register for your Speculation Tax exemption.  All owners of residential property must claim the exemption by March 31st.  If you have not received your letter call  Toll-Free: 1 (833) 554-2323.

What areas of British Columbia are affected?

(b)a municipality, other than the Village of Lions Bay, within the Metro Vancouver Regional District;

The speculation tax applies based on ownership as of December 31 each year.

For 2018, most British Columbians will be exempt if they either live in their home as their principal residence or rent out their property for at least three months of the year. Short-term rentals for periods of less than one month do not count towards the three-month total.

Or call your Tax professional 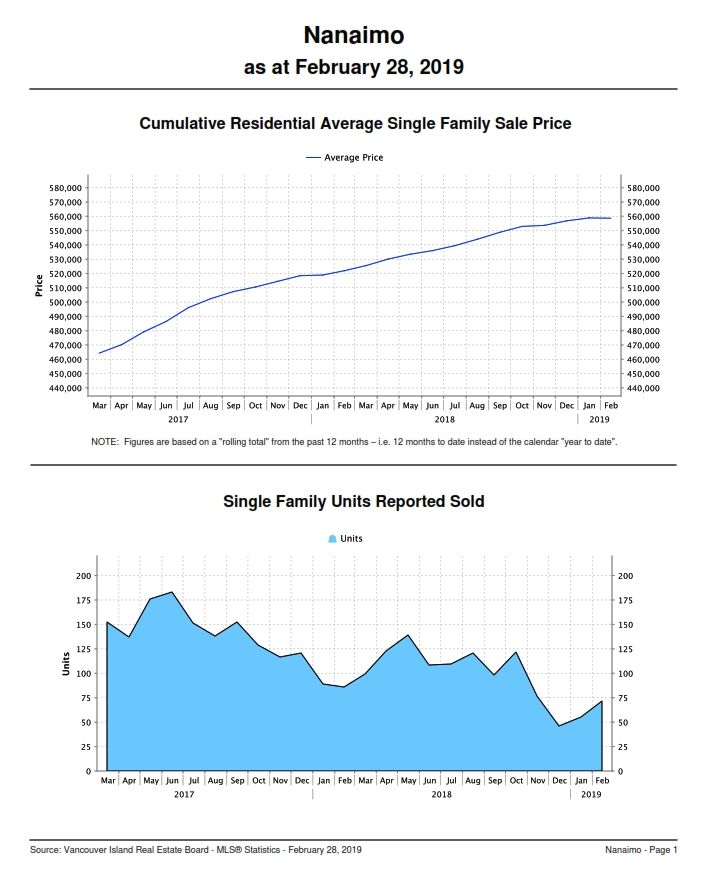 A snap shot of the Nanaimo market after the first two months of the year.

We are seeing slightly less inventory on the market than this time last year and as a result less sales.  The  Average Single family home sale price is up over last year, but appears to be leveling off for the first two months of the year. The Condo market is also up in price year over year.  We have seen the most Single Family home sales in the North Nanaimo and South Nanaimo areas with the University district and Divers lake areas in 2nd and 3rd.  The highest volume of single family homes is in $500-600,000 price point.  Stay tuned to see what the spring market has in store for us! 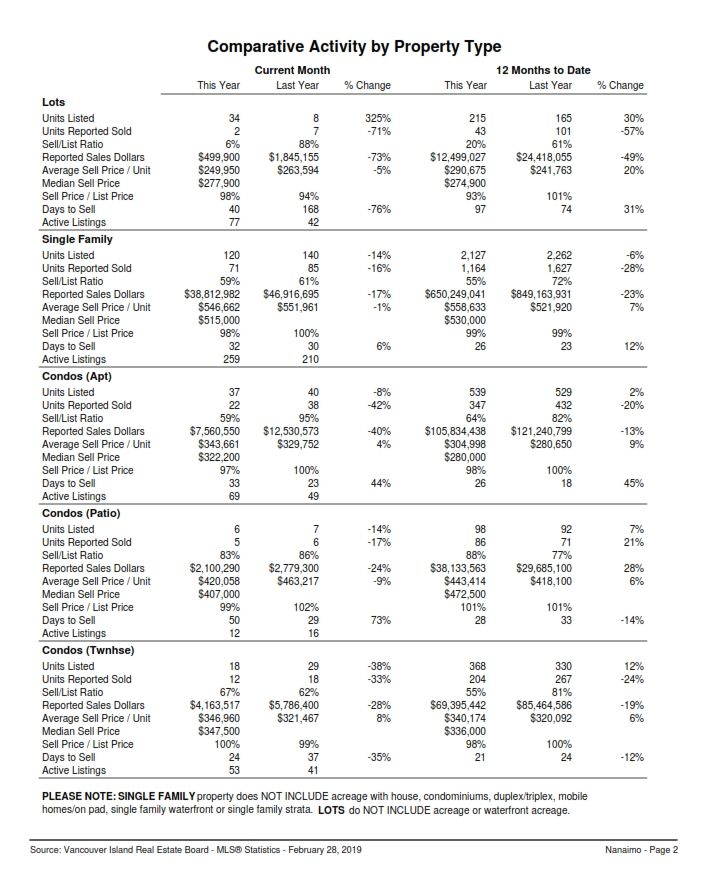 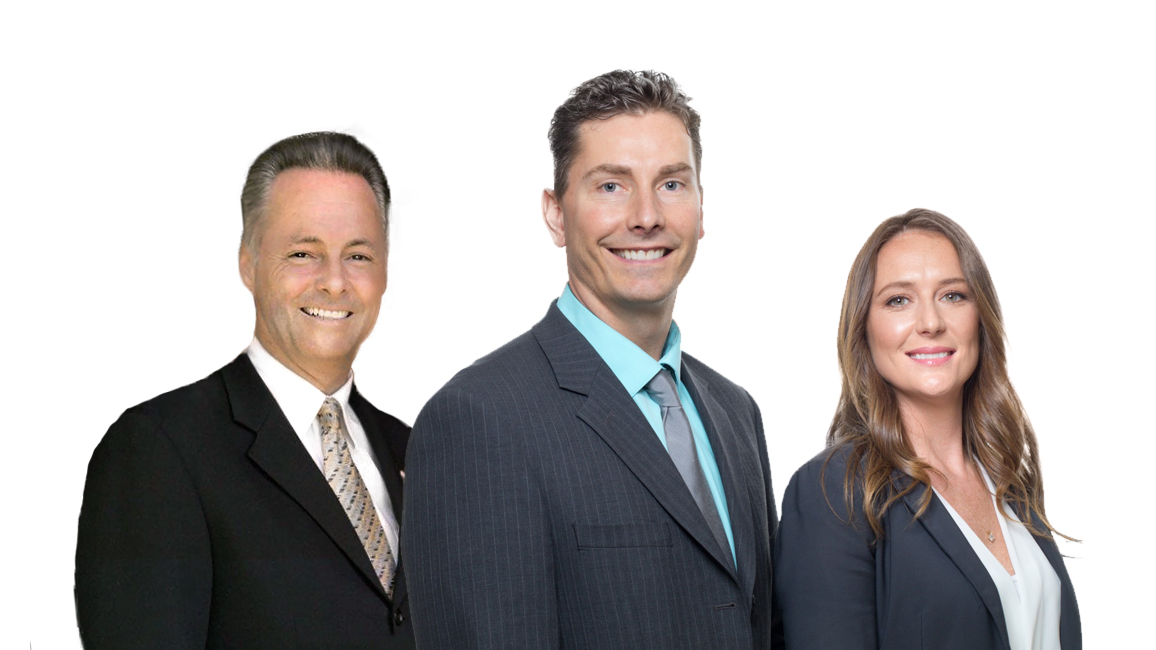 Let's discuss your next home sale or purchase, with no obligation.

#1 - 5140 Metral Drive, Nanaimo, BC, V9T 2K8 Office: 250-751-1223, : , sandra@sandralambert.ca
Powered by myRealPage.com
MLS® property information is provided under copyright© by the Vancouver Island Real Estate Board and Victoria Real Estate Board. The information is from sources deemed reliable, but should not be relied upon without independent verification.